I’ve been sitting on these lists for a while with no time to write anything about them. I’m going to toss out some rambling notes and just post, since all the relistening is now in the past tense. But I’m likely to have a little more hobby writing time on my hands for the next few weeks …  so after a dormant period, I’d expect a few more years to tumble out in short order. As for 1978 …

It’s a bit of an odd year. Classic rock and soul is mostly over. Hip-hop is still on the horizon. The early excitement of punk’s arrival has subsided, but so much of the most interesting stuff is the aftermath of that arrival, the sorting out of the new world being forged.

All made albums in 1978 good enough to crack this list, or come close. All made better records soon before or soon after.

Exceptions: Elvis Costello and Blondie were career artists that did peak early here, and those are my chart-toppers. This Year’s Model grows less relatable but no less raging as years pass. X-Ray Spex was a shooting star, still thrilling but on revisit best as a singles band despite the eternal album title Germfree Adolescents. Wire was a little of both.

Classic rock, declining (Stones), ascending (Springsteen), or imploding (Big Star) still does pretty good though. Some Girls is a disreputable album (that title track) from a disreputable band, but one musically incapable of making a bad record for most of their recording lives. Whatever else, that’s still Charlie Watts playing drums, Bill Wyman playing bass, Keith Richards scratching out riffs. They play the hell out of this one.

Darkness on the Edge of Town raises the question of what makes a great album. It is the personal Springsteen favorite of many (maybe most) of the biggest Springsteen fans I know. In a peak period that I’d say runs 1974-1987, it is the only Springsteen record that has songs I actively skip over. But what is a lack of perfection in the face of “Badlands” and “Promised Land”? (See here.) There are more flawless records I would leave behind to save Darkness if only so much music could be preserved.

The singles list is more repetitive and probably overlaps more with the album list than in most years. I’m sure this reveals some gaps in my listening and/or perception, but I think a lot of it has to do with the year. Punk was a great singles genre, and disco too. But we’re really waiting for hip-hop and Prince and the pop energy of the 1980s to start shaking things up. 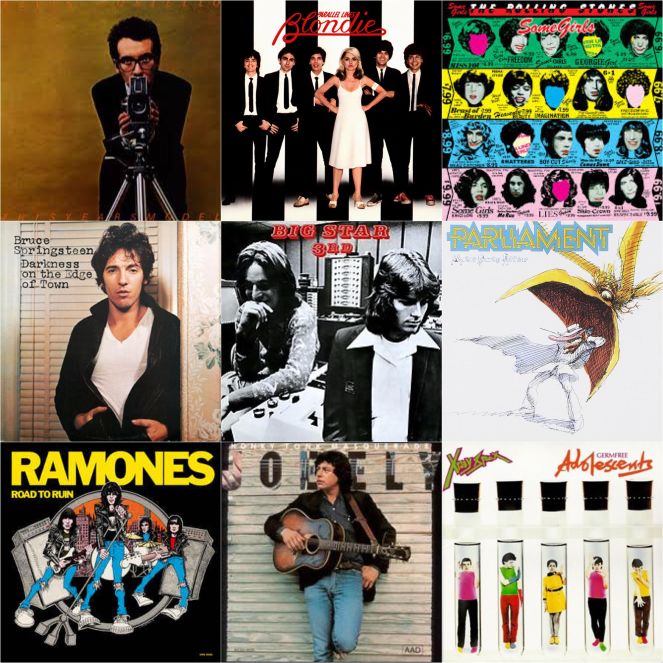 There’s too much from 1978 I’d either need to rewatch to place (Days of Heaven, American Hot Wax, Fingers, The Deer Hunter) or that I’ve just never gotten around to (Get Out Your Handkerchiefs, Interiors, An Unmarried Woman), so I’ll just offer five faves from the year. The first was mostly unseen until a revival a few years ago (actually, it’s still mostly unseen) and is among my very favorite films. I wrote about it here. “The Last Waltz” is a movie I love almost beyond rationality, though my experience of it has evolved over the years. (Read Levon Helm’s bio, where he and Ronnie Hawkins take the piss out of its mythologizing, and you’ll never see it quite the same way again.)